Let’s take an example to understand this. 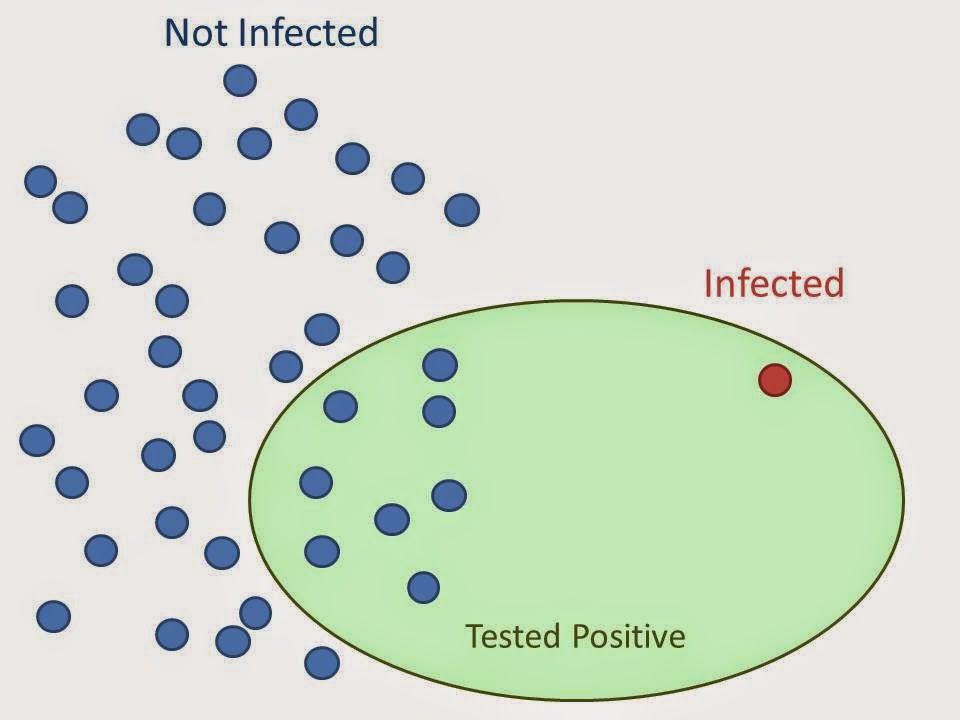 The test results of a rare disease in a population A, in which 40% people are infected, are as follows:

The same test when applied to the population B, in which only 2% are infected, gives following results:

So, in a society with very few infected people—fewer proportionately than the test gives false positives—there will actually be more who test positive for a disease incorrectly and don’t have it than those who test positive accurately and do.

These results seems to be a paradox. The probability of a positive test result is determined not only by the accuracy of the test but by the characteristics of the sampled population also. But if you look closely and don’t judge a test based only on its accuracy, you will know that it’s not a paradox but simple statistics even though it may seem counter-intuitive.

The false positive paradox is a type of base rate fallacy, where our mind tends to ignore the base information such as population and focuses on the specific information such as accuracy. These paradox arises due to a flaw in our reasoning that violates principles of probability such as Bayes theorem.