The Bayesian Thinking - I

It might seem that you have high chances of having the disease. But, it might not be so. Let’s see why. You can solve this problem using the Bayes theorem.

The Bayes theorem works on the concept of conditional probability i.e. the probability of occurrence of an event, given that some other event has already occurred.

The conditional probability of occurrence of event A, given B has already occurred is defined as:

The Bayes theorem is

Here, P[Cause], the probability of the cause, is often the most difficult ot find. It is known as prior probability. If our approach is that 0.1% of the population has the disease, and that’s of the general population. But the general population is not being tested. We assume, don’t we, that people are randomly tested whether they show symptoms or not, but in reality if you are tested then there’s an increased likelihood that you have it, so the 0.1% might not apply to patients actually being tested. 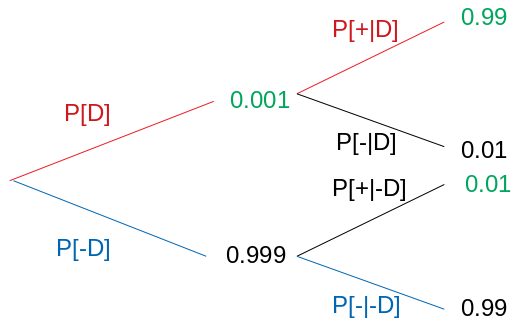 we get, P[D|+] = 0.09 i.e. you have 9% chances of having the disease. It can be better understood with the help of the following venn diagram. 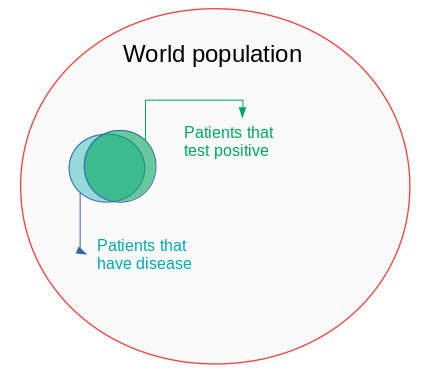 The Bayesian view of probability is based on the degree of belief. In Bayesian statistics, probability is orderly opinion, and inference from data is nothing other than the revision of such opinion in the light of relevant new information.

In machine learning, the Bayes theorem is the idea behind a classification algorithm Naive Bayes, which is used in spam filters.

[Read the next part: The Bayesian Thinking - II]