First, make sure you read the first part of this post, Generative models and Generative Adversarial Networks. This post is its continuation.

Generative Adversarial Networks (GANs) are used for generation of new data i.e. images. It consists of two distinct models, a generator and a discriminator, competing with each other.

A helper function consisting of convolutional and batch norm layer can be created in PyTorch for ease as follows. 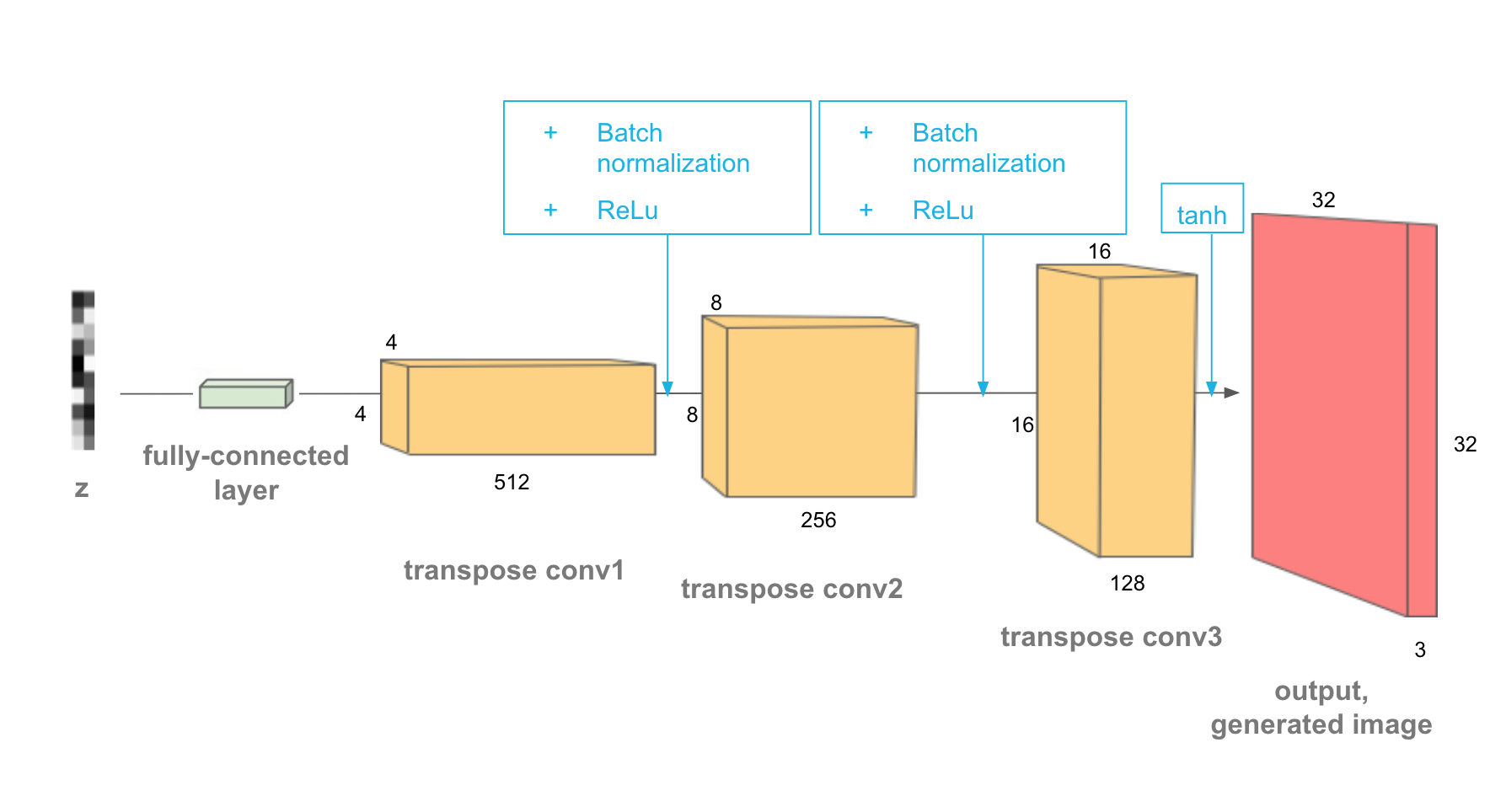 The training is same as in case of GAN.

Note: The complete DCGAN implementation on face generation is available at kHarshit/pytorch-projects.

Pix2pix uses a conditional generative adversarial network (cGAN) to learn a mapping from an input image to an output image. It’s used for image-to-image translation.

The generator consists of Encoder that converts the input image into a smaller feature representation, and Decoder, which looks like a typical generator, a series of transpose-convolution layers that reverse the actions of encoder layers. The discriminator, instead of identifying a single image as real or fake, will look at pairs of images (input image and unknown image that is either targete image or generated image), and output a label for pair as real or fake. The loss function is (compare with this):

The problem with pix2pix is training because the two image spaces are needed to be pre-formatted into a single X/Y image that held both tightly-correlated images.

CycleGAN is also used for Image-to-Image translation. The objective of CycleGAN is to train generators that learn to transform an image from domain 𝑋 into an image that looks like it belongs to domain 𝑌 (and vice versa). CycleGAN uses an unsupervised approach to learn mapping from one image domain to another i.e. the training images don’t have labels. The direct correspondence between individual images is not required in domains.

A CycleGAN is made of two discriminator, and two generator networks. The discriminators, \(D_Y\) and \(D_X\), which are convolutional neural networks that classify an input image as real or fake, learn the mappings \(G: X \rightarrow Y\) and \(F: Y \rightarrow X\) respectively. \(D_Y\) encourages \(G\) to translate \(X\) into outputs indistinguishable from domain \(Y\), and vice versa for \(D_X\) and \(F\).

For discriminator, least squares GAN or LSGAN is used as loss function to overcome the problem of vanishing gradient while using cross-entropy loss i.e. the discriminator losses will be mean squared errors between the output of the discriminator, given an image, and the target value, 0 or 1, depending on whether it should classify that image as fake or real.