Feature scaling (also known as data normalization) is the method used to standardize the range of features of data. Since, the range of values of data may vary widely, it becomes a necessary step in data preprocessing while using machine learning algorithms.

In scaling (also called min-max scaling), you transform the data such that the features are within a specific range e.g. [0, 1].

where x’ is the normalized value.

Scaling is important in the algorithms such as support vector machines (SVM) and k-nearest neighbors (KNN) where distance between the data points is important. For example, in the dataset containing prices of products; without scaling, SVM might treat 1 USD equivalent to 1 INR though 1 USD = 65 INR. 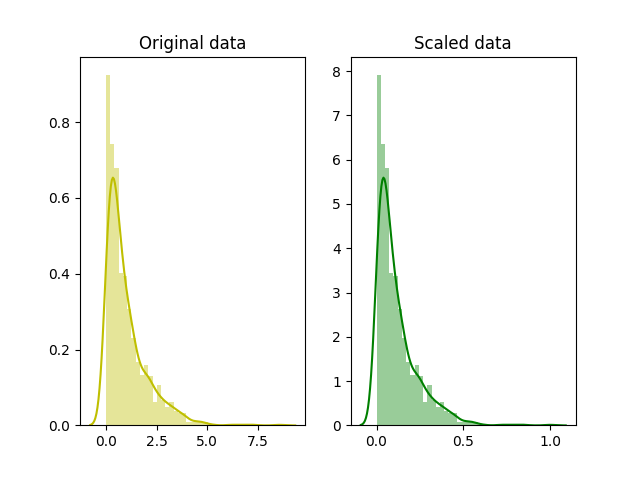 The point of normalization is to change your observations so that they can be described as a normal distribution.

Standardization (also called z-score normalization) transforms your data such that the resulting distribution has a mean of 0 and a standard deviation of 1. It’s the definition that we read in the last paragraph.

The z-score comes from statistics, defined as 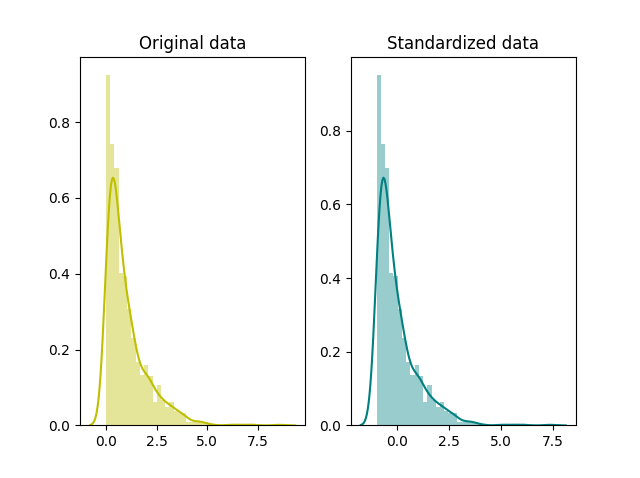 Simply called normalization, it’s just another way of normalizing data. Note that, it’s a different from min-max scaling in numerator, and from z-score normalization in the denominator. 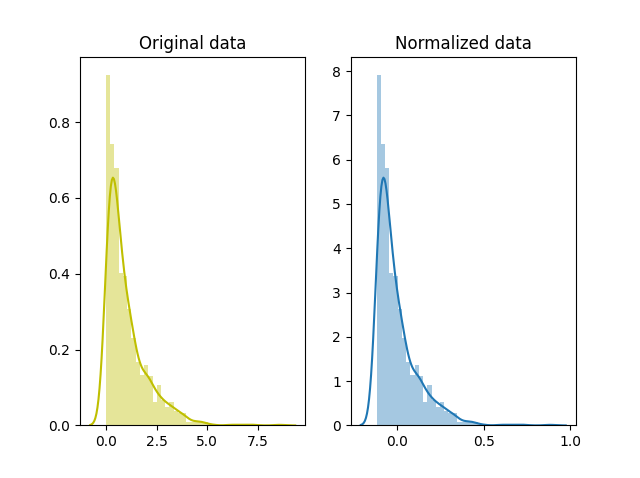 You need to normalize our data if you’re going use a machine learning or statistics technique that assumes that data is normally distributed e.g. t-tests, ANOVAs, linear regression, linear discriminant analysis (LDA) and Gaussian Naive Bayes.

In stochastic gradient descent, feature scaling can sometimes improve the convergence speed of the algorithm. In support vector machines, it can reduce the time to find support vectors.